THE LIFE OF LEGACY 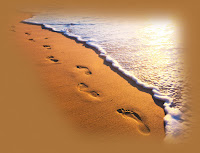 I drove past a warehouse that looked abandoned. I then realized that the warehouse was Gerald Martinez' former meeting place as pastor for his church. It was called "Joshua's Vineyard." It could have been named ‘Josh and Gerald's Place.’ It felt like home with staircases and an artistic touch painted on walls. He was big on building community.


The further I go in time the more I am realizing how extended family is so very crucial. Gerald was very friendly and kind to our family when we first moved to Albuquerque in 2004. He was family. His children are grown up and we knew them as toddlers or school age. He and Lisa had 6 children.

He died a few years ago and now his church is not in operation anymore.


I got to thinking about legacy. His church died very soon after he did. What good is an entity if it cannot live longer than its founder? Gone with the wind?


I thought more about ‘Geraldo’ which is the particular name I called him. He would often call me just to stay in touch. Our daughter Stephanie was part of his church community and she mentioned Gerald recently to me, too.


I never forgot how, in one way, he was not ever going to get used to the many that come and then go among church family. As I ponder Gerald's life, I am reminded it’s good to be like he was. It’s good to not become disengaged from families coming and going. It’s good to miss someone when they leave even if it is painful. There is a pain that heals and a pain that does not go away. It's like an ongoing thorn in one's side. It can be a sweet pain, but it’s always a pain caused by ones parting. Only God can fill this hole and God Himself also has this pain. The Bible says the Holy Spirit ‘grieves' as in the present tense.


So I thought about legacy. Legacy is so much greater than the entities we establish that eventually become an organization that is replaced. It’s not that legacy is disorganized. It’s just that legacy is beyond organization. That which lasts beyond the building, the plaque, and the hall of fame is the organic. As I write this I am feeling Geraldo liking what I am saying. He might now say, "Yes, this is community Dennis." Everyone has their own language and it's "good family" to listen and share language. It’s God’s signature in heartfelt legacy. It’s an organic thing. It’s not disorganized, but it’s not an organization either.


How can I know and value Jesus death? I was not there when it happened. I did not have to suffer days without knowing if He would rise from the dead. His early family went through this. They experienced the failure of His organization, but His legacy lived and lives on. It’s the life of His death that makes for sweet sorrow.


It’s here in this lonely yet fulfilling place where one can experience the hope from Jesus’ death. We can experience the life of His death in the death of others as well as in the end of personal dreams that have been ended. "He lives. I know my redeemer lives." I meet His story in the encounter of my own, and now Gerald's legacy causes me to remember Him.


Jesus’ legacy lives through death and a pain that does not end pain, but transforms pain. It becomes an ongoing healing of hope. It’s His legacy and He lives in it through the family that we make along the way. It’s a life depicted from William Shakespeare’s "parting is such sweet sorrow."

It's Jesus’ legacy and it's a way to navigate through our time spent here.

Sponsor a Child with Food For The Hungry. Save a life, a family, a community and the world!